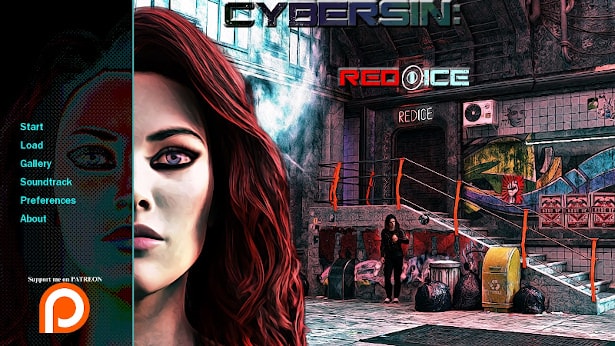 About game
Set in a Dystopian Sci-Fi future, CyberSin : Red Ice follows the story of Elsa Morganth, daughter of the chairman of one of the largest megacorporations in control of the world. After a mysterious accident, Elsa finds herself indicted for a crime she didn't commit. Thrown under the slimy belly of society, with scarce resources, she will have to find a way out of it, while at the same time trying to find the real culprit so as to regain her old life.
Changelog
*Bugfixes*
- Added some alerts of losing Karma which was not displayed correctly.
- Fixed some typos.
- Fixed a text bug in Wilfrid CODEX page.
- Icons of the game finally fixed for both Pc/Linux and Mac versions.
- Fixed a bug in Izy dialog

*New Content*
- Sound effects added throughout the entire game.
- Added a work event with a new character (to activate it work in the afternoon after day 3).
Download links