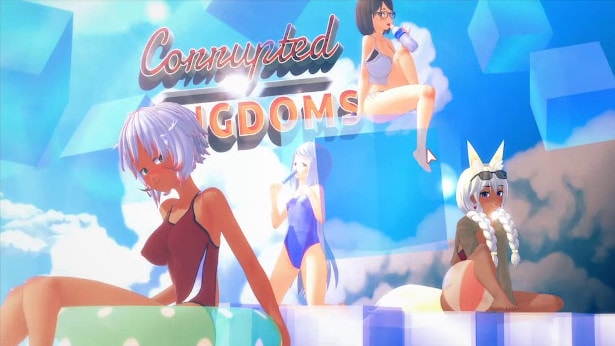 About game
You are the hero — or possibly villain — of this tale, originally on a journey to discover why your family was driven out of your home town, but quickly thrust into events beyond anything you could ever have imagined. As tensions rise between the humans and the mythical creatures that lurk just outside of sight, will you stand as a beacon of hope… or use your newfound power to bring the world under your control?
Changelog
MAIN STORY: New Main Story event! (Follow your ORGANISATION lead!)
Renee & Julie: You can now choose to have naughty time separately with Renee OR Julie (or both!) if they have both moved into the Manor
Kana: You can now replay Kana's naughty pregnancy scene from the Gallery (found in "EXTRAS" on main screen)
Lily: You can now replay Lily's naughty pregnancy scene from the Gallery (found in "EXTRAS" on main screen)
Cheats: The Gallery Unlock cheat on the Manor laptop has been updated to include the pregnancy Gallery scenes
Bug: Fixed a bunch of missing/wrong/disordered images. Is that the last of it? Probably not! Big thanks to CursedFlame91 for tracking them all down!
Bug: Fixed the "that's all I wanted to know" line playing twice when asking about the House Ladies
Bug: Restored some missing Lily dialogue. Who took it, and where did it go? I don't know, but it's back now
Bug: Typo fixes
KNOWN ISSUE: There is an issue with the current version of Ren'py which causes the game to bug out if you hold down the skip button when moving to and from certain map/navigation screens. PyTom is aware of the issue and it appears to be fixed in the current nightly build. As soon as the build has a stable release I'll re-compile and re-upload this update. Hopefully it'll be ready before Wednesday!
Download links